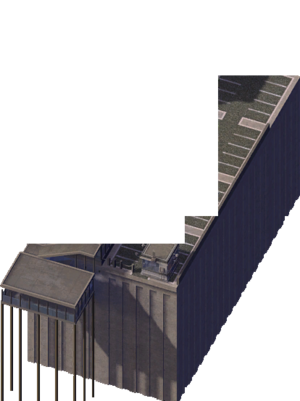 During the game's Beta phase, the Passenger Ferry Terminal may have had Parking facilities, meaning Sims may have been able to move from Cars to ferries. That was probably removed in favor of the Car and Passenger Ferry.